Though this photo was taken on digital with my Nikon DSLR, I wanted it to have something of the ethereal feel of film. It’s what felt appropriate to the moment, since Jean-Paul was deeply engaged with his Rolleiflex medium format camera when I took this shot.

But I wanted this image to feel crisp and new, too: though it’s airy and in black and white, I chose not to add grain (noise) that would emulate a film look more accurately. This way, it’s somewhere between classic and modern looks, just as my subject is. 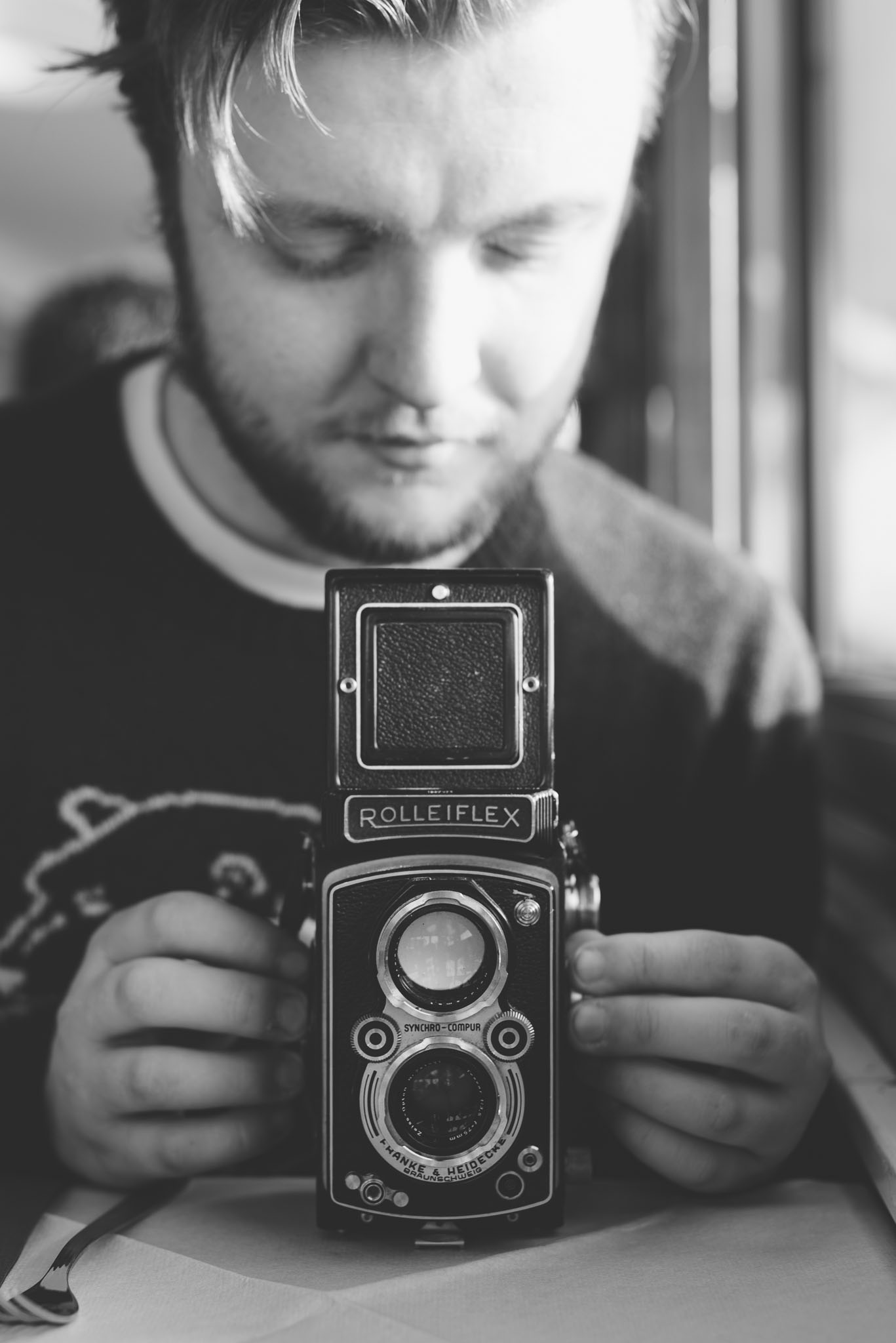